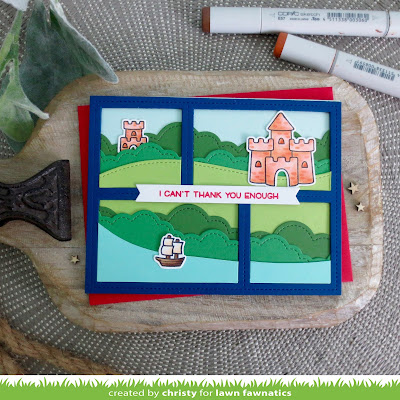 Hey friends! Today I'm excited to bring you a fun, new Lawn Fawnatics Challenge! This time we're recreating our favorite place. Have you ever done such a thing? I hadn't!

When I first saw this one, I was stumped, but then when I thought about the place I love to go most, an idea started to form. Could I execute it though? I hurriedly flipped through all my Lawn Fawn stamps and realized that maybe, just maybe, I could bring my idea to life. 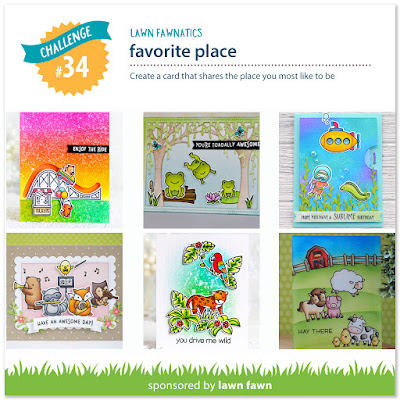 My favorite place I've ever been in the whole world is Die Burgen von Neckarsteinach. It's a nature park in Germany, near where I used to live, and my husband's family still lives. In English, the name is the Castles of Neckarsteinach, and the park is exactly that. You hike up thickly wooded cliffs with steep drops down to the Neckar River below. Then all of a sudden you turn a corner and BAM! There's a castle. 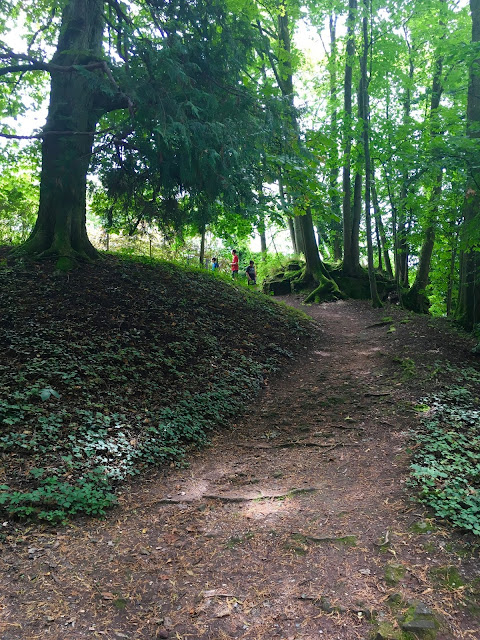 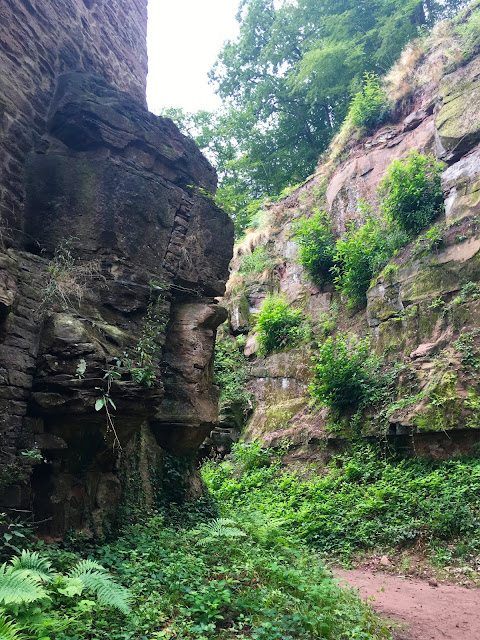 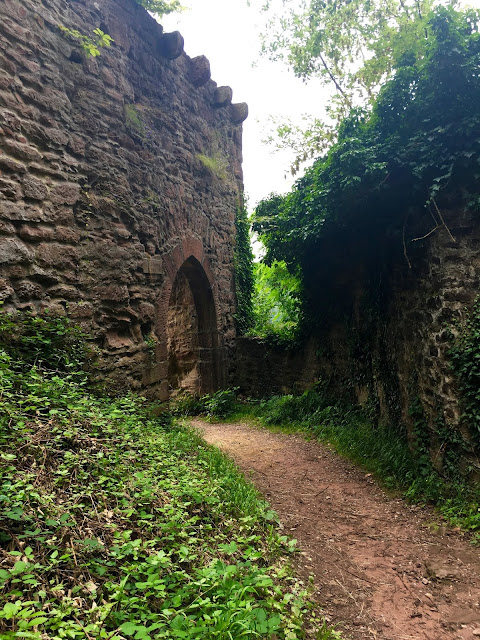 There are four castles on the cliff, and the legend goes that they were owned by four brothers who were "land pirates," demanding taxes and fees from any passing ships and plundering those that did not immediately pay up. Supposedly this is a myth, but it sure makes a good story! 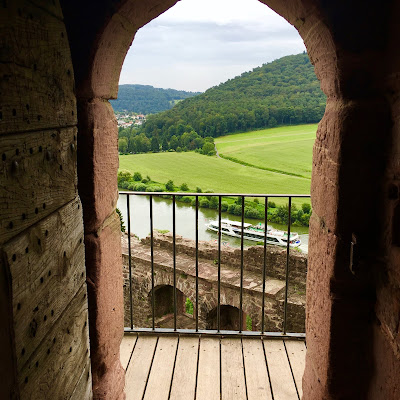 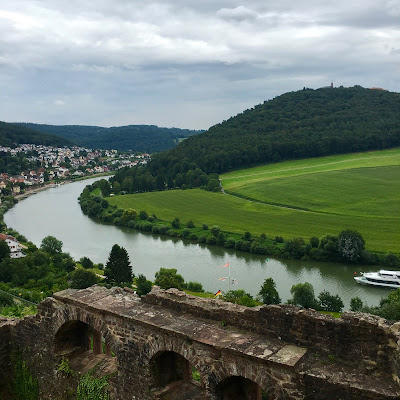 The oldest castle first appeared on record in 1142. The second was built around 1200, and the third somewhere between 1220-1230. The newest castle was built in 1335. Can you imagine? That's 157 years BEFORE Columbus discovered America! Three hundred and fifty years for the first one. And they're still standing! Unbelievably, people still live in the two "middle aged" castles, so you can't go inside them. 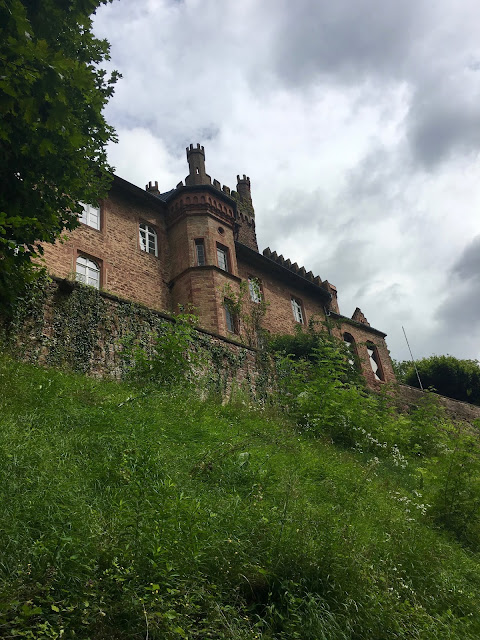 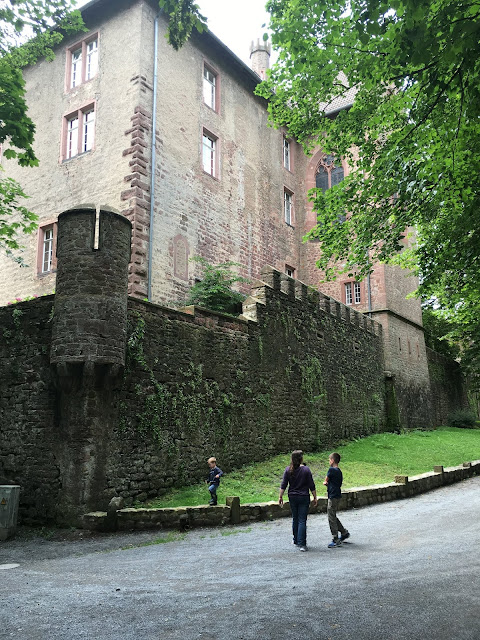 But the youngest and oldest (third and fourth from where they sit on the cliff) are in ruins and free for the public to explore. Pictures do not do these towering, massive structures justice. They're almost impossible to capture within the frame of a photo because they're just that imposing, with high, dark towers and hundreds of steps that lead you up dizzying heights. 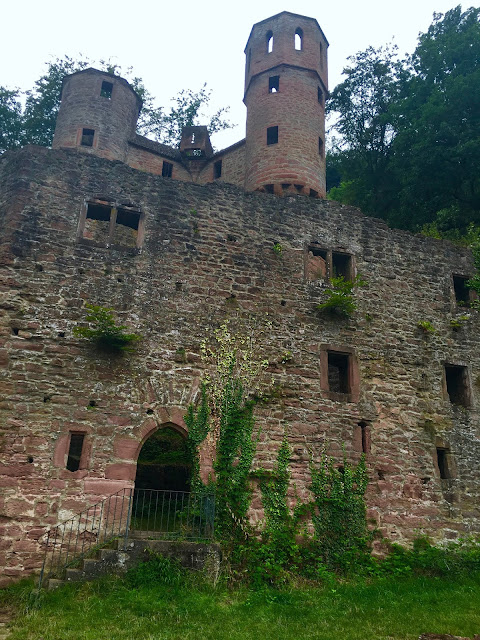 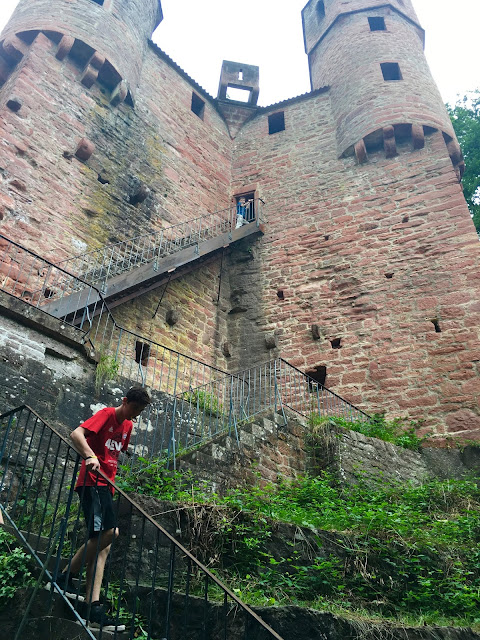 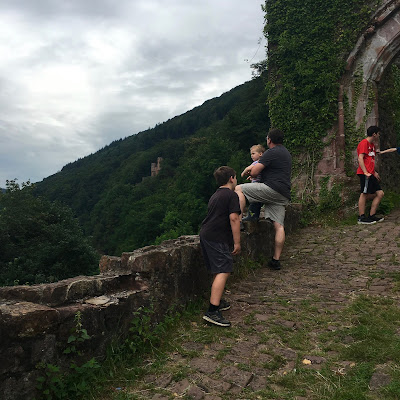 From the entrance gate of the third castle, you get a stunning view of the fourth in the distance, and that is what I tried to capture in my card today.

I started by stamping out the sand castle from Life is Good, the fish tank castle from Fintastic Friends, and the pirate ship from Lovable Legends. I colored them all with Copics and trimmed them out with the matching dies. 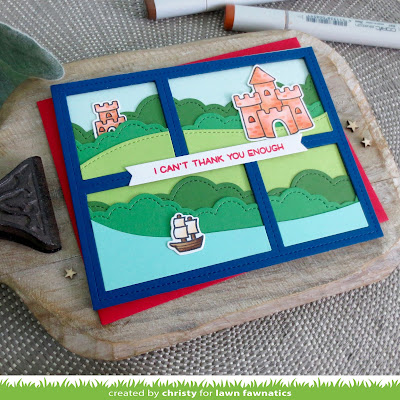 Since the vista is so expansive, I thought a good way to showcase bits and pieces of it was with the Peekaboo Backdrop, which kind of pulled everything in a little bit closer, so you can get a broader view. I used the Puffy Cloud Borders and Stitched Hillside Borders to fill in all my greenery, and drew and cut out the river by hand, adhering everything using the Glue Tube.

I stamped my greeting from Reveal Wheel Sentiments in Chili Pepper ink and trimmed it out with one of the Everyday Sentiment Banners and adhered it to the center of the card. To finish it off, I added a German sentiment to the inside, along with the large castle image. How do you think I did? 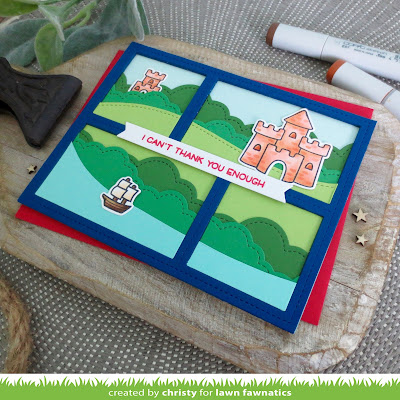 No matter how many times I visit the Castles of Neckarsteinach, or "the castles on the hill" as I used to call it before I could learn and remember the name, I never grow tired of them. Someday I'd like to go back and take a notebook with me and spend some time alone. Did I mention that one of them even has a little writing desk? At least, that's what I'd use it for. There, overlooking the Neckar River, surrounded by the same ancient forests where Grimm's Fairytales were born, I'd let my imagination (and my pen!) run wild. 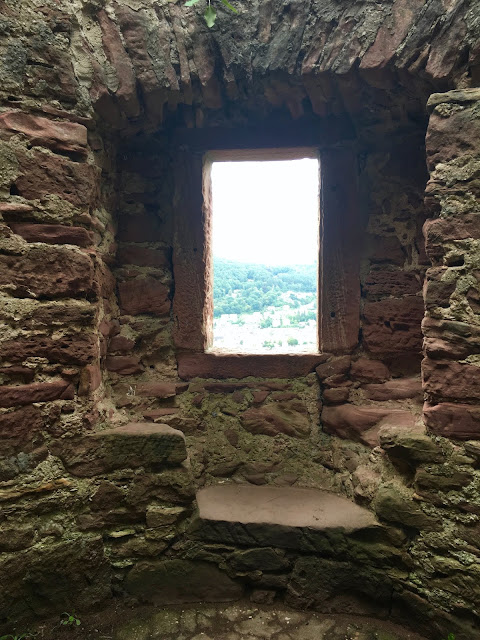 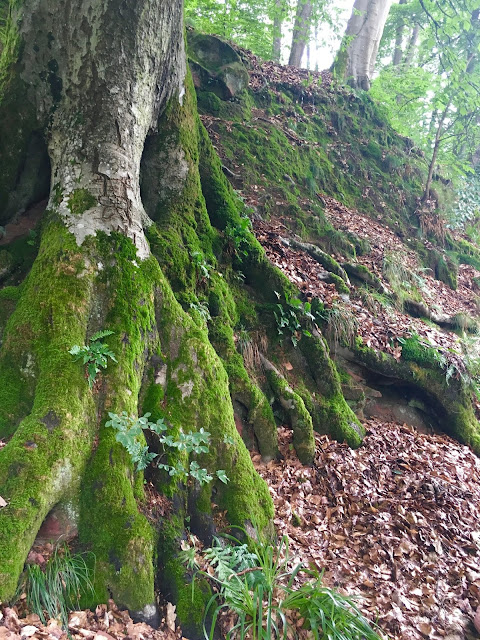 I hope you've enjoyed this little journey to my favorite place. But now it's time to head over to the Lawn Fawnatics Challenge Blog and check out the other amazing Design Team samples. Then you can get to work creating projects inspired by your favorite place! I can't wait to travel with you!

Posted by Christiana at 8:00 AM